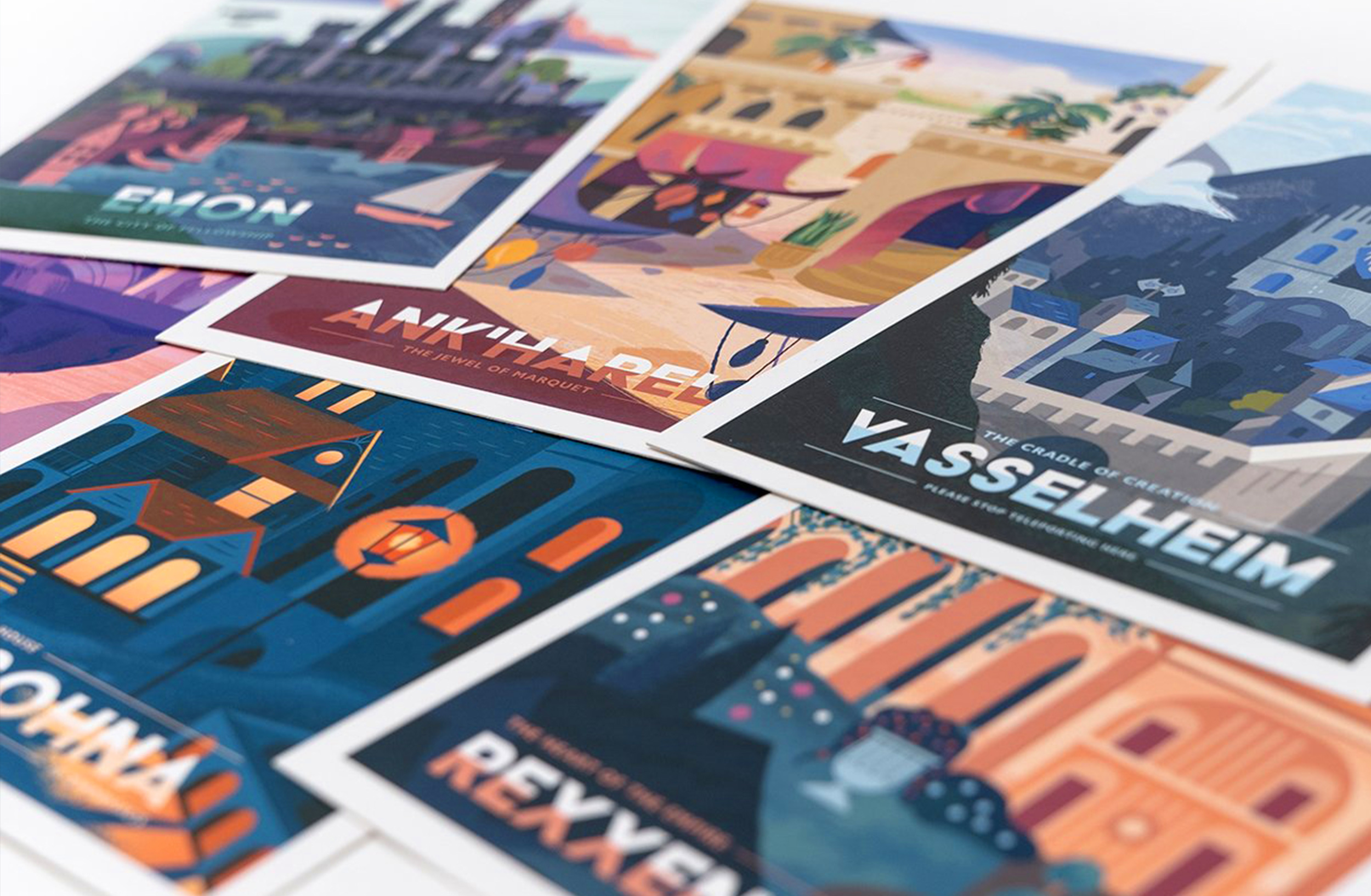 It's not every day you're contacted by one of the best-known weekly live-streamed RPG podcasts out there, looking for exclusive artwork to sell to their fans all over the world. But sometimes you do, and you hyperventilate a bit, and then you get it together and draw six of the major cities in Exandria for them to use as postcards. We've always loved the idea of bringing fictional worlds to life, and we were so excited to help the Critical Role team create artwork that lived up to the worlds they travel to in their imaginations every week.

Critical Role asked us to create a series of postcards for six of the major cities of Exandria, all in a similar vein to the classic National Parks postcards of the US in the 1960s. That meant bold geometry, sweeping vistas, a sense of grandeur, and a lot of hand drawn detail.

For the uninitiated, Critical Role is a weekly livestreamed RPG game set in Exandria, which is the world created by veteran voice actor and Game Master, Matthew Mercer. Each week, Matthew leads his friends (also fellow voice actors!) on epic adventures.

Getting to work on this project felt like we rolled a natural 20. After establishing mood boards for each location, we moved on to the initial sketches. The sketches allowed us to explore the forms and details of each city, diving into the unique worlds brought to life by the ever-talented crew at Critical Role.

From there, we built out each illustration's forms by refining the solid base we had created from the original sketches. 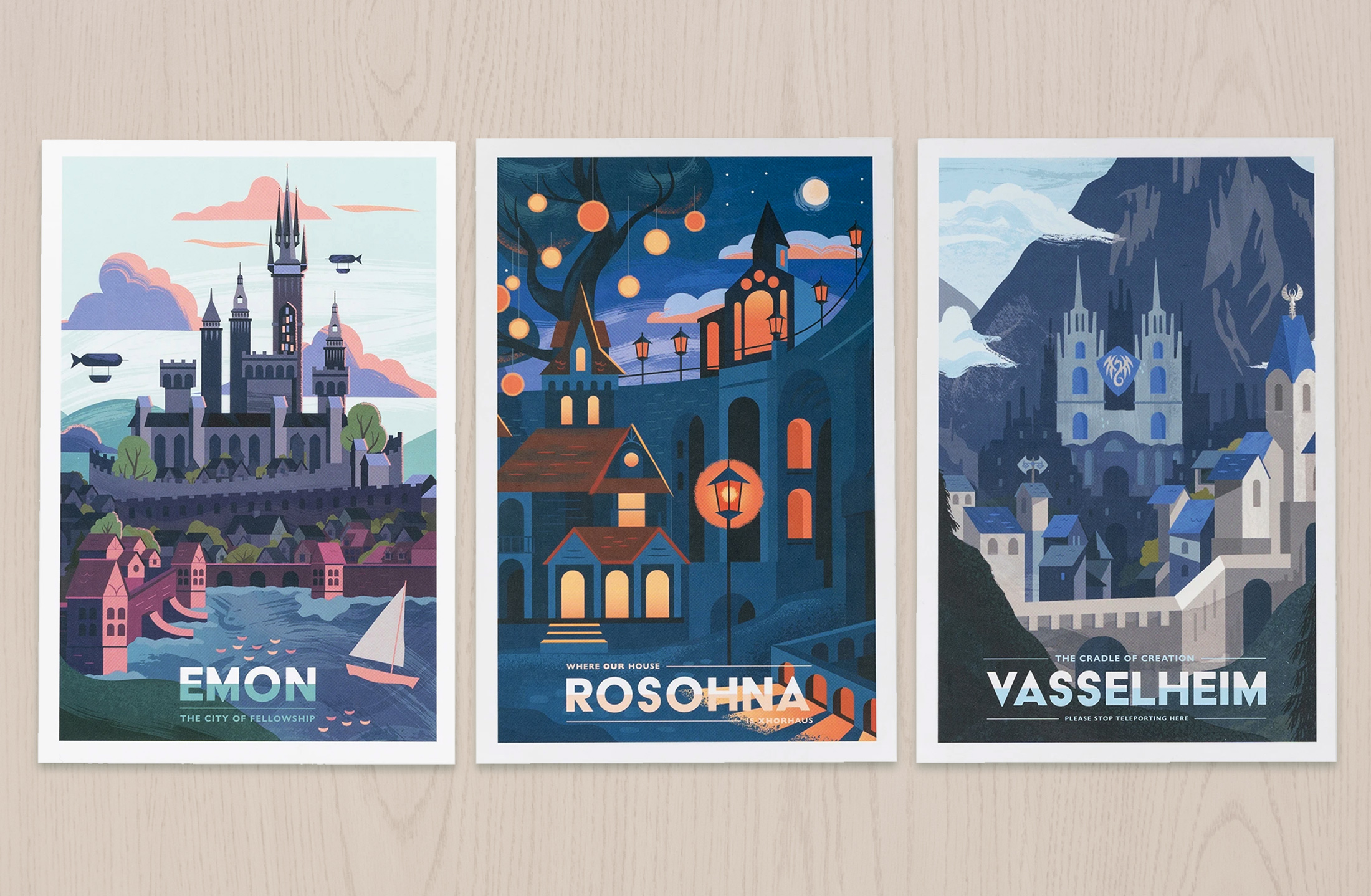 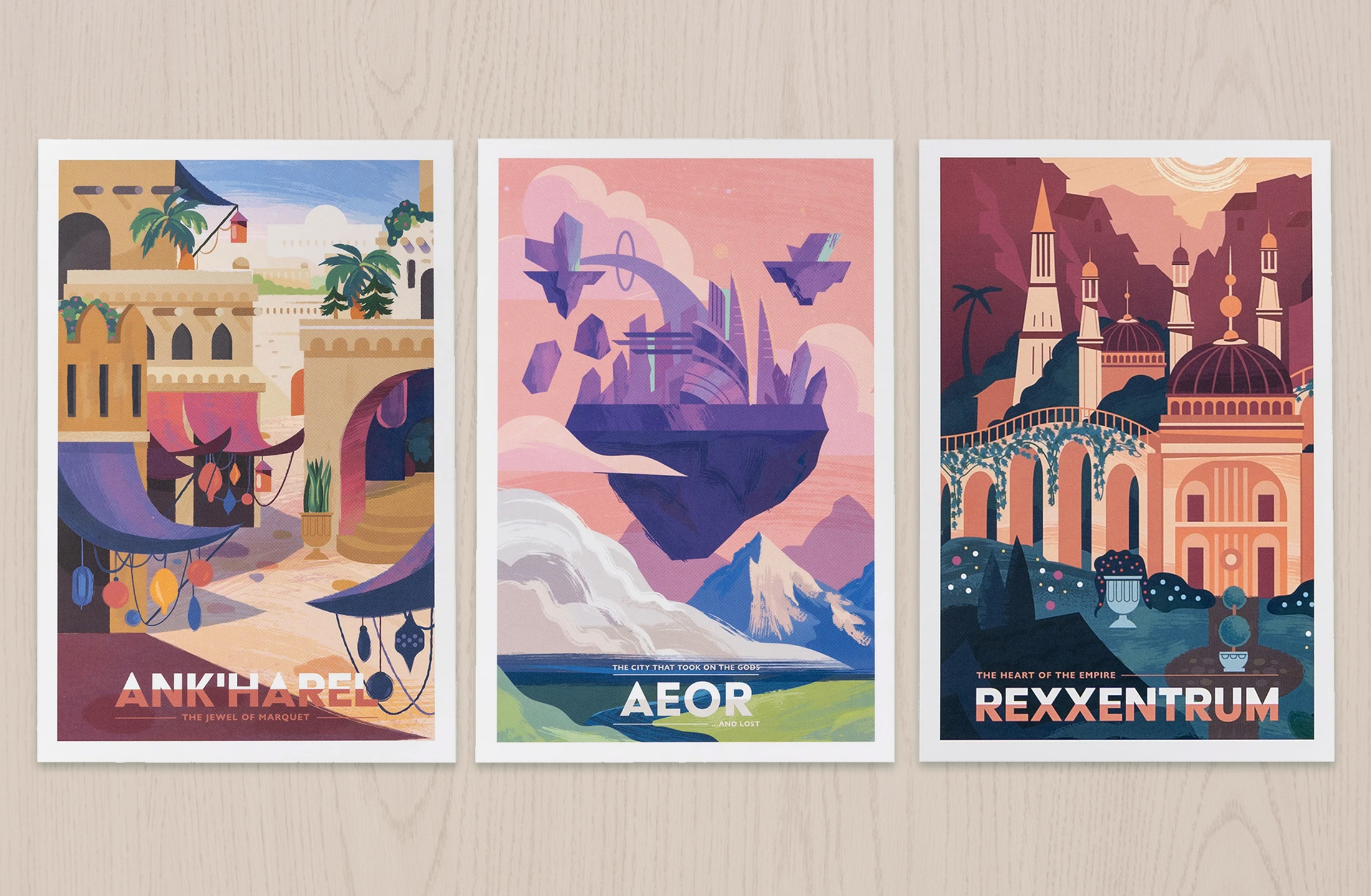 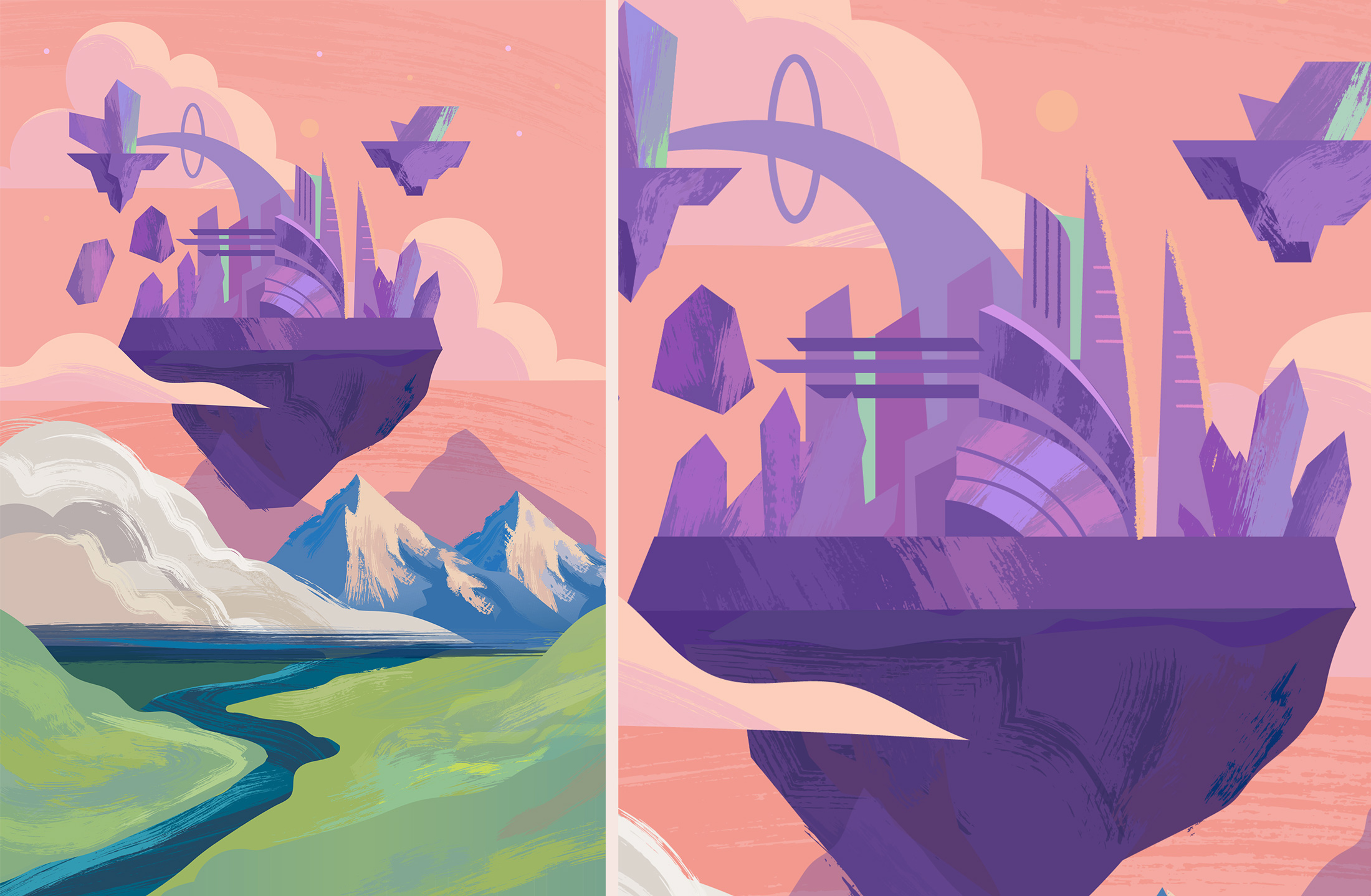 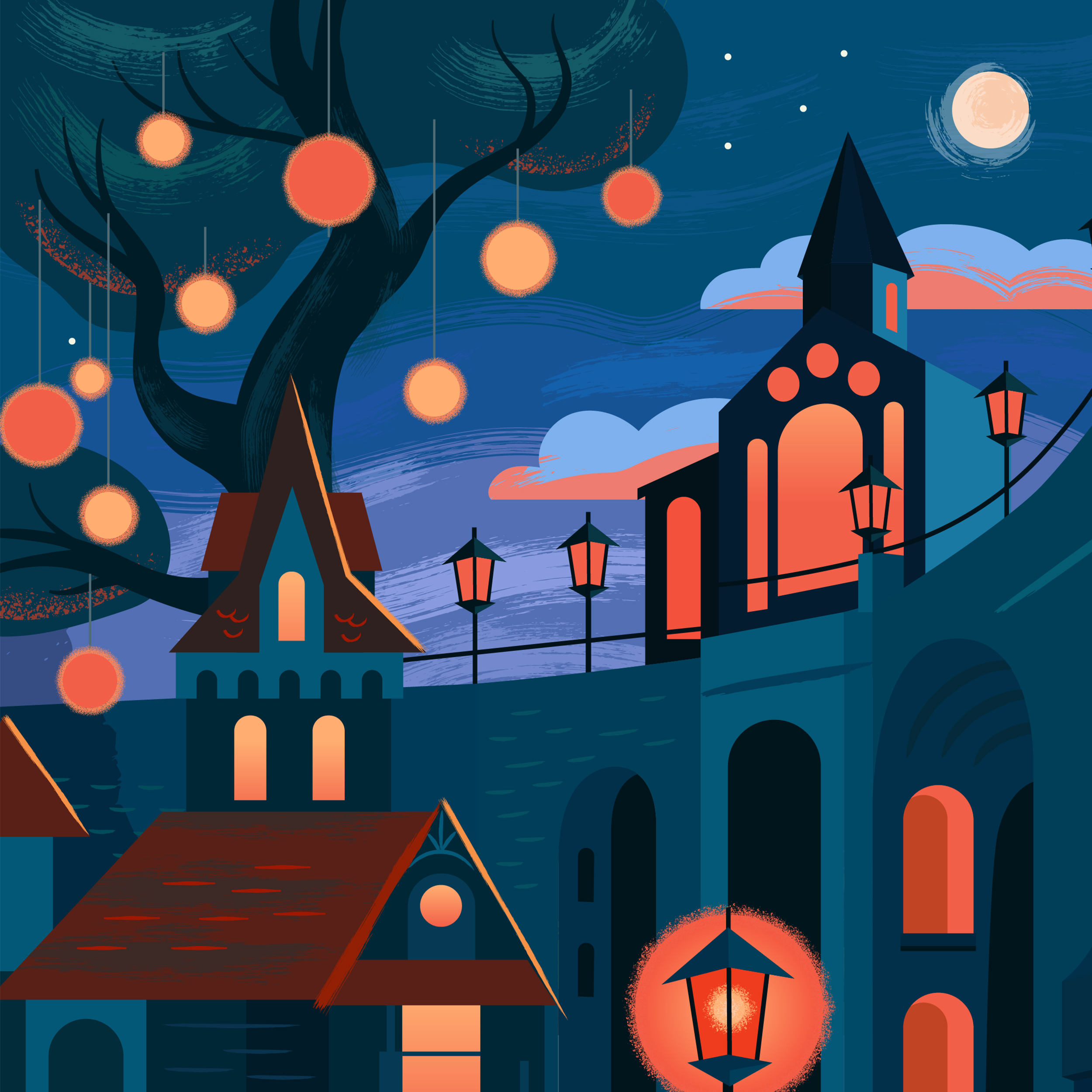 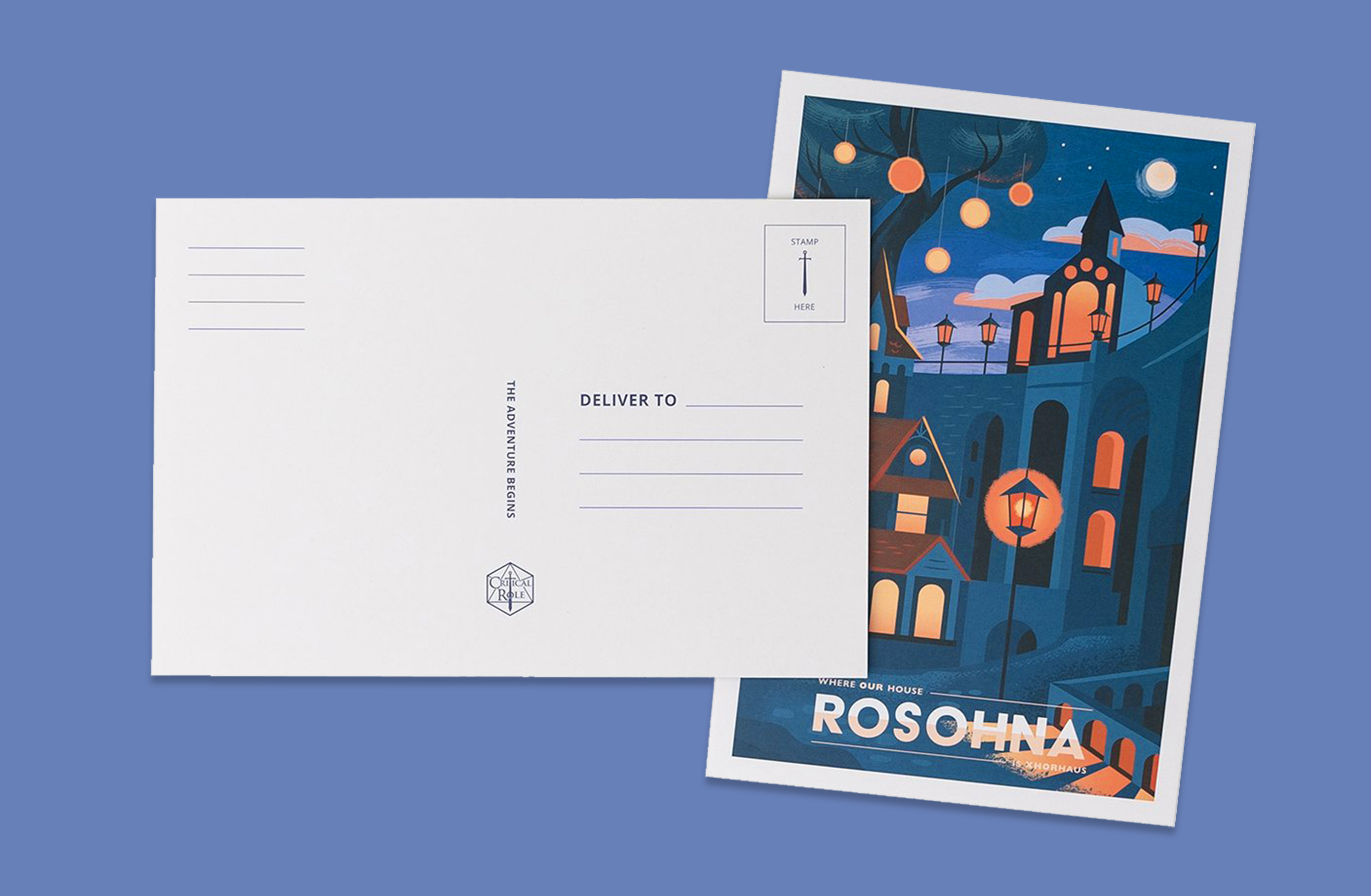 As we put together the sketches and filled out the final illustrations for the cities, we also made sure to do our research - our priority was to capture the essence of each city and include beloved details fans would immediately recognize, all while interpreting the land and cityscapes through our own stylistic lens.

For instance, in Vasselheim, a city where each district is devoted to a particular deity, you'll find the symbol of Raie, The Everlight, on the Temple of Renewal, or in Rexxentrum, the elaborate gardens and rising walkways of the Soltryce Academy. 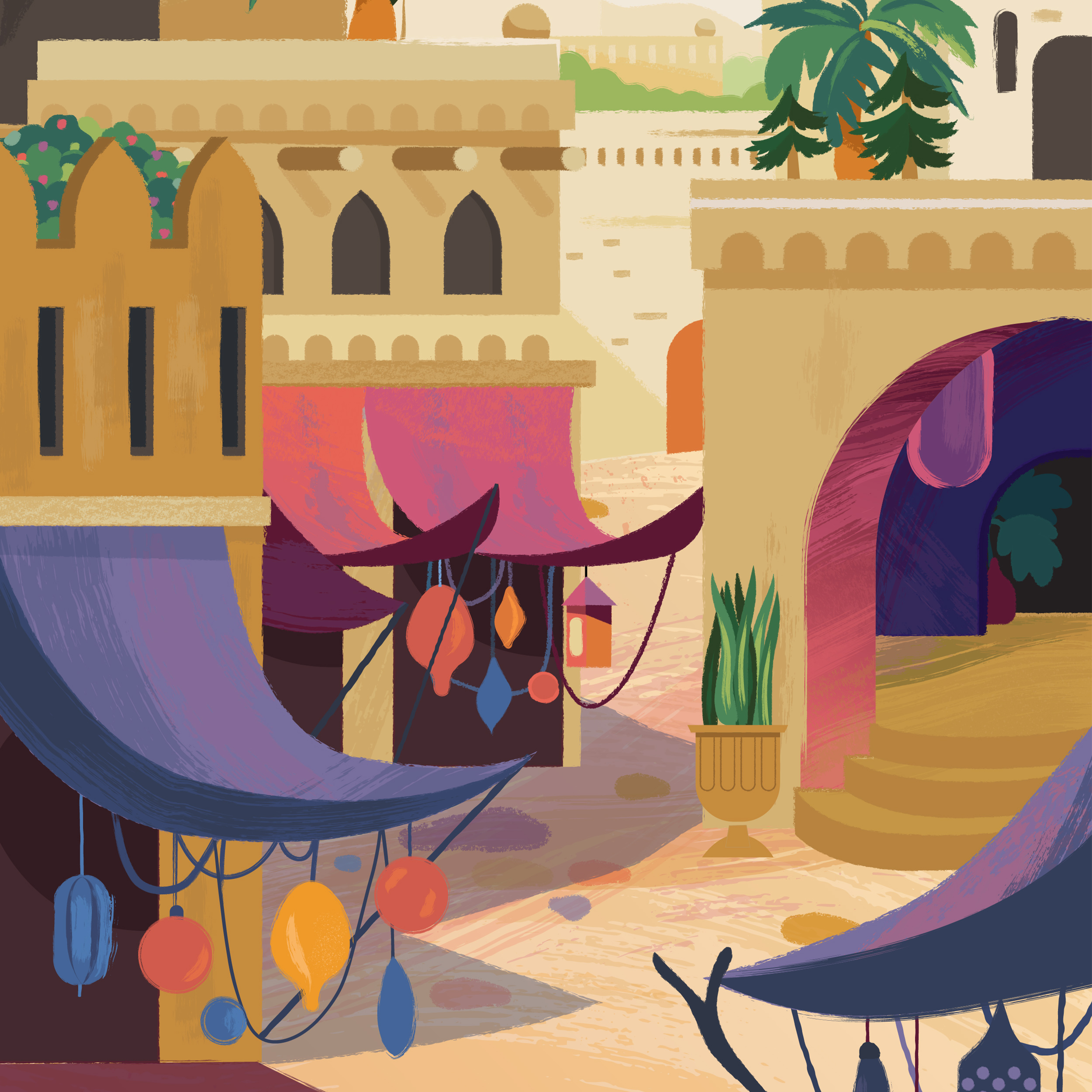 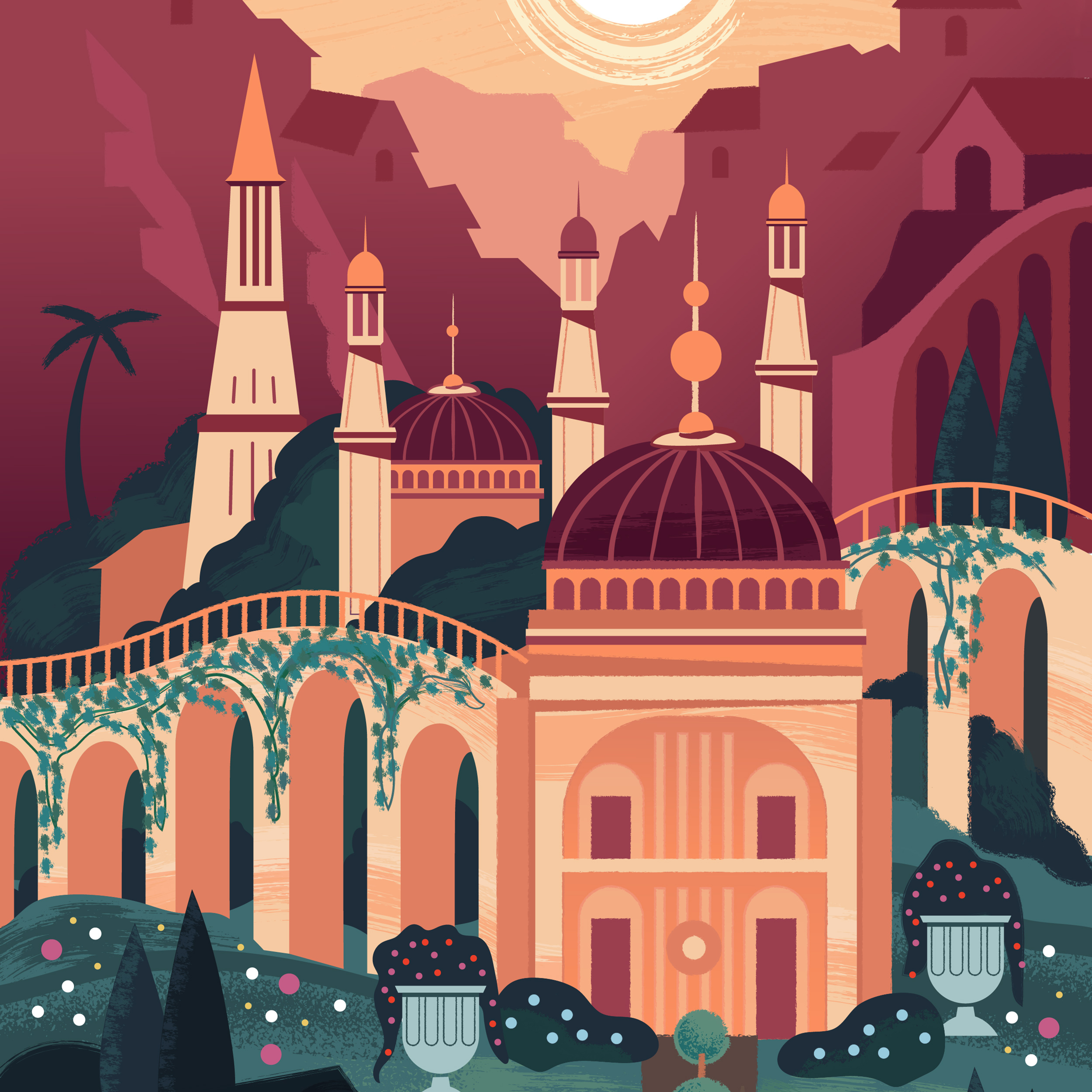 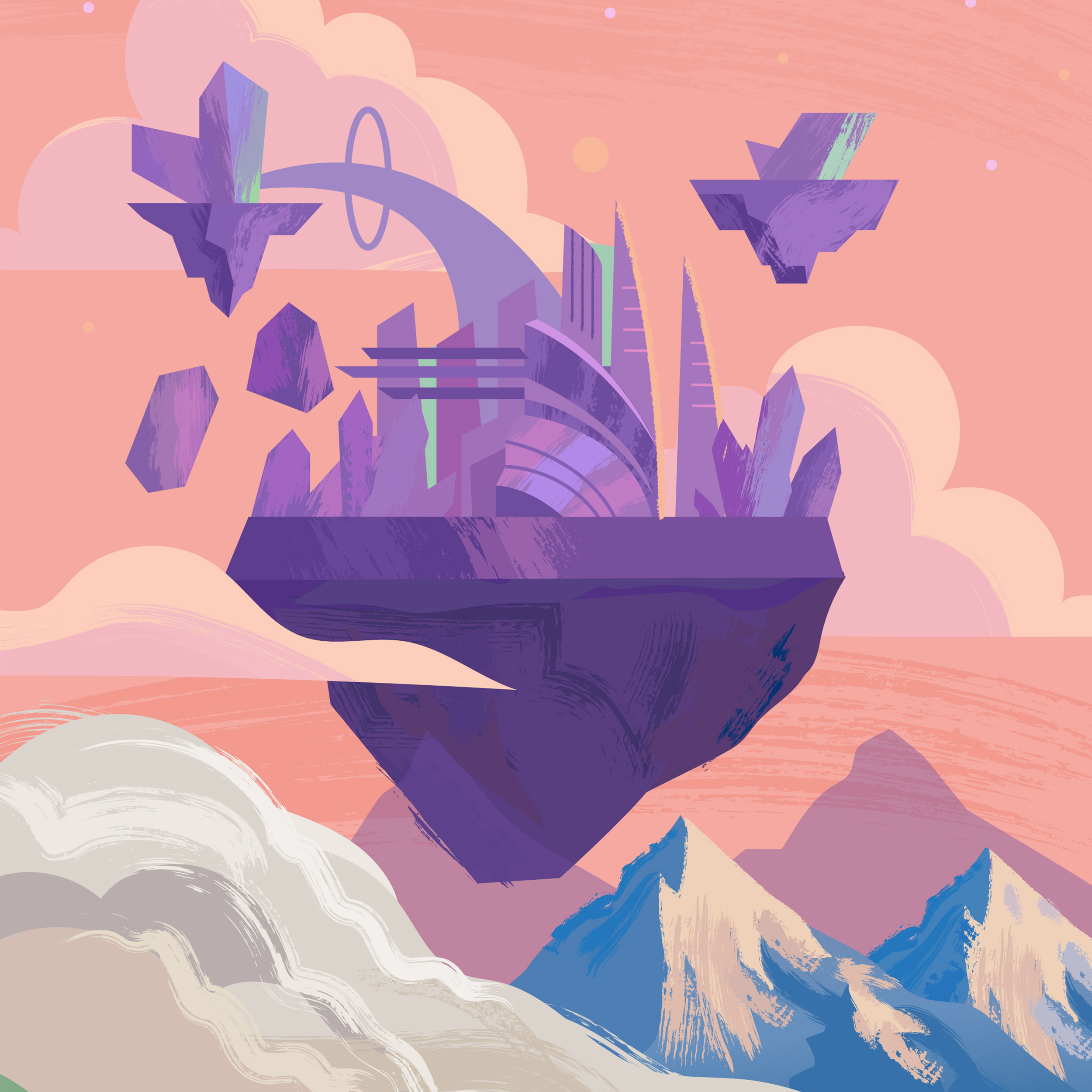